My workflow in creating a work of "Business Monkey" 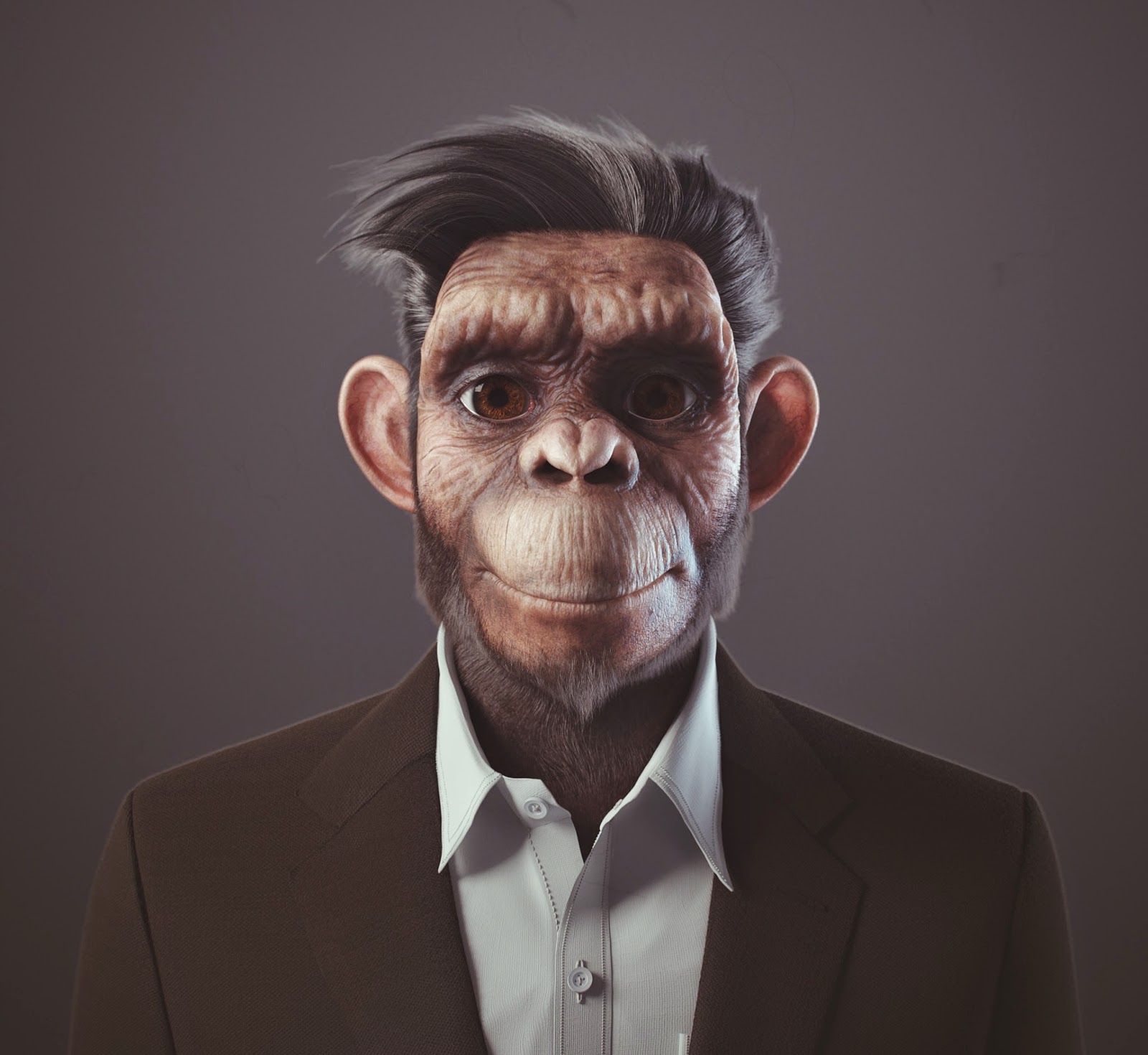 Before to start some history: I have received the order to refine the head of the human-chimpanzee from studio Postmodern. A lot of work has been done and I decided to finish at my discretion. I used this basic model of the head of chimpanzees and made a complete re-sculpt and re-texturing, also set up a shaders, created the hair on the head, shallow stubble on the face, added a shirt and jacket with a light cloth. Below are some of the steps


For Sculpting  of the head-parts I've used Zbrush. For visualization I used Arnold Renderer, so  was obtained this VDM texture with desired attributes. Texturing was produced with Mari under aiSkin shader - each layer was separately textured and some details  were added for each skin layer.

Hair and fur.
Hair and fur were the most interesting part of the workflow. For this I used the Yeti because it's flexible in work and speed results. Everything was done in the Yeti - eyelashes, hair and their hairdress, fine hair undercoat, fine bristles and small fur jacket.

Eyes.
For the eyes I've used The first-created set-up for Arnold Renderer (yet 1.0 version, I plan to develop next set-up for Close-up or even macro plans)


Clothes.
For clothes were used previous developments, adapted to this character and for Arnold Renderer.

Rendering and compositing.
Separately, it must be said about Arnold Renderer and  thanks to its developers Solidangle, for such quick work with a large quantity of polygons, displacement, SSS and hair. The ability to customize the AOV's to fit your needs and write your shader, thanks Besha his SSS shader. Compositing and color correction was produced in Fusion 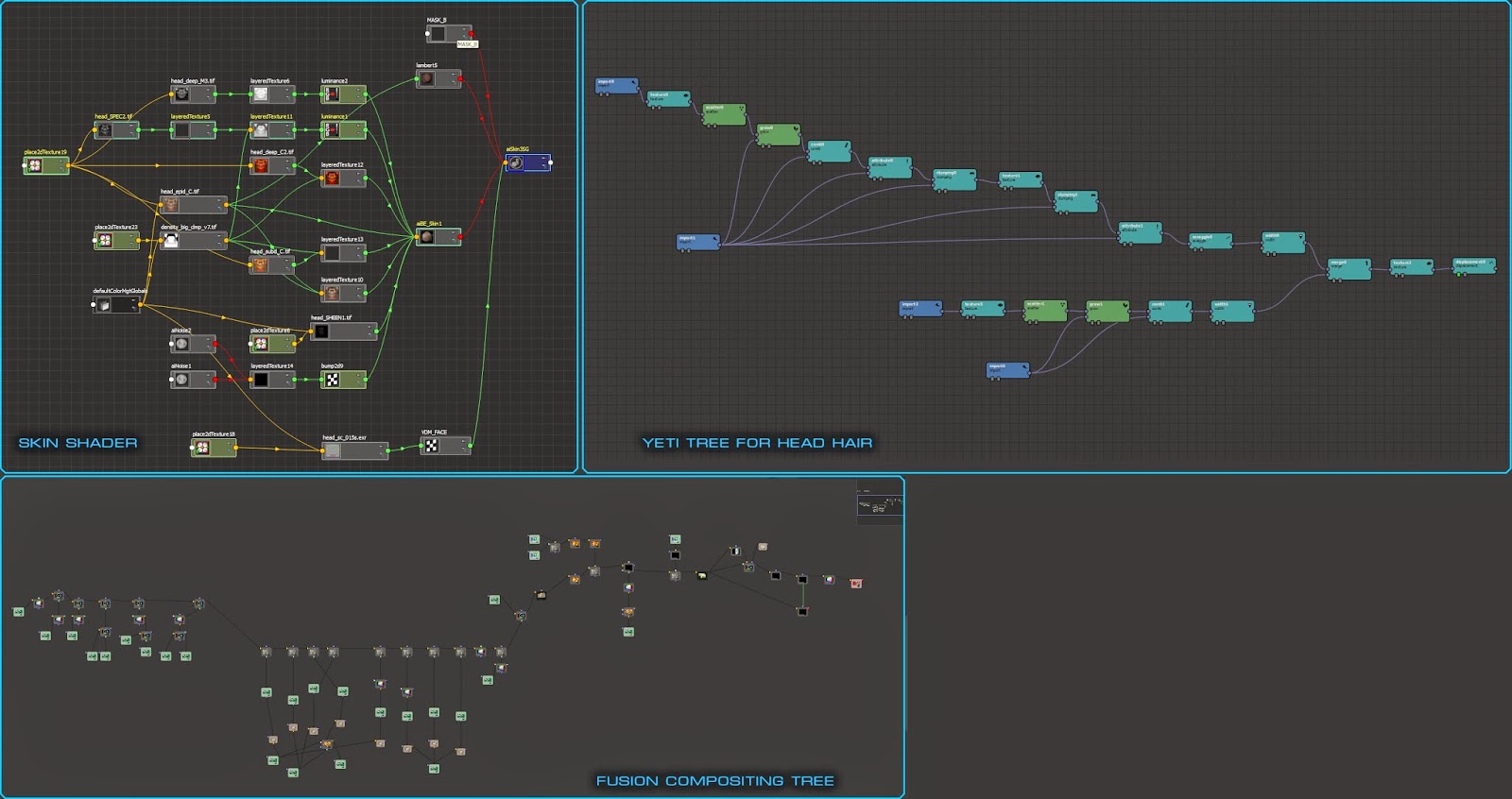 I hope it was pleasing for You . Thank for attention :)
Autor: Yuriy Dulich на 09:05 No comments: